In evolutionary biology, the change of morphology of organisms through time can be used to decode the evolutionary relationship between species, test hypotheses on evolutionary trees, and determine how different traits were selected on through time. With the Stochastic morphometry project, we aim for developing novel mathematical and computational tools to be applied in this analysis. Particularly, we aim to construct new probabilistic models of shape evolution and from this new algorithms for phylogenetic analysis with shape data.

We will use the methodologies developed in the project to test hypotheses about the laws governing morphological evolution on four case studies:

The case studies aim for an identification of those features of the full morphological shape that change in a correlated manner. E.g. fluctuating asymmetry of butterfly wings in relation to environmental disturbance, effects of domestication on canid skull evolution, signatures of hybridization in paleo hominid craniofacial features, and phylogenetic patterns of avian beak diversity. 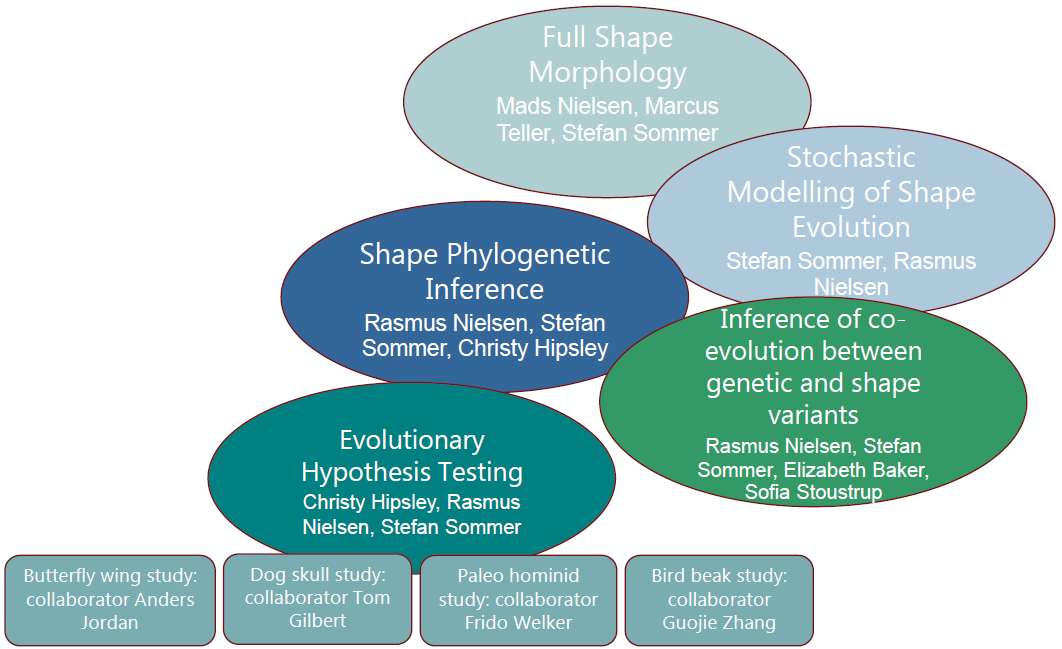